Might start posting some Youtube picks here for the sake of not annoying those long-suffering friends and family on Facebook who are not into free jazz, Japanese psych, the New Zealand underground or psychedelic folk.

This is almost the same line-up that six months later recorded the lost gem 21st Century Texts for FMP. Only tenor saxophonist Glenn Spearman is missing. For my money that's one of the best free jazz albums of the 90s. There are a bunch of people discussing Malik's shortcomings on this forum (until Raphe himself steps in - awkward) but I like the prioritisation of heart over head in his playing. I'm not crazy about the trumpet family and tend to prefer players who are more into blasting than tootling.

The closest precedents I can think of for what South Korean altoist Kang Tae Hwan does with a saxophone are in the playing of Evan Parker and John Butcher but that still doesn't really get us close to what's going on here.

Love Time (VHF Records, 2004 [rec. 2001]) with Makoto Kawabata and Yoshimitsu Ichiraku is by far his most widely available work in the West but if you can get hold of Asian Spirits (AD.forte, 1996) you'll be in for even more of a treat. The solo/duo/trio format with Japanese free jazz heavyweights Masahiko Satoh (piano) and Masahiko Togashi (drums) really highlights just how alien his approach is. Those are the only two Kang albums I've heard so far but I am taking steps to remedy this.

I saw "Kawabata Makoto's Mainliner" play in London in September and it was good but definitely felt like a different band (the riff-heavy bits of Acid Mothers Temple to be specific!) so I was pleased to find this clip of the original Mainliner.

And actually this clip of Kawabata Makoto's Mainliner from the Birmingham show on the September 2013 tour is HOT!

This is a mostly-live 1993 VHS compilation in full. Highlights for me are Incapacitants, Merzbow's "Piss for Yves Klein", Hijokaidan (their live videos are always a blast) and the previously unknown to me Solmania, who gives an endearingly domestic noise guitar performance (self-shot in his lounge with his cat, who wisely runs for cover).

Auckland and me, Mark Sadgrove and me, Erewhon Calling, Tea Dust: the inside story, recent solo album and EVERYTHING

Over the last seven or so years I've recorded quite a lot with people from Auckland's Wine Cellar scene (namely Angeline Chirnside, Tim Coster, Sam Hamilton, Mark Sadgrove, Andrew Scott and Nigel Wright), particularly around 2005-2007 when my sister was living in Auckland and I was visiting there semi-regularly, but one of my biggest music "career" disappointments is how little of this material has been released! There's just the self-titled Tea Dust [Angeline and I] lathe cut 7" from 2011 on Mark's A Binary Datum label and my guest contributions to Currer Bells [Angeline and Tim] (s/t LP, Quetzi Records, 2010) and MHFS [Mark] (A House Painter's Manual CDR, Black Petal, 2008). When I think about the many hours spent performing and recording with these people it seems pretty paltry. Some of the best stuff has been cursed with microphone problems, hard drive crashes, forgetting to press record, etc. I was thinking about all this just before when I was listening to the latest chapter in this ongoing saga. There is some nasty left-channel distortion (I know, I know, I'm a noise guitarist and I'm complaining about distortion) all through the louder bits of the recordings from my August/September trip to New Zealand and Japan. That means that some otherwise very good duo recordings with RST in Auckland and Mark Sadgrove in Tokyo are probably only going to be useable if we do some heavy tweaking and make them more or less mono (lathe cut anyone?). Meanwhile, I'll be retiring my 20+ year old Panasonic lapel mic. With a hammer. 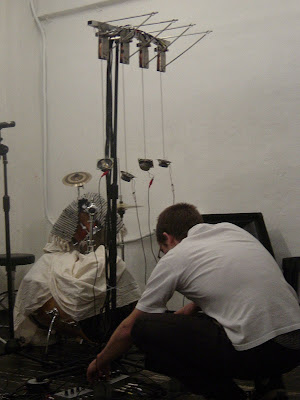 Mark Sadgrove setting up one of his instruments ("T-Spring" I think he called it) at Nanahari in Tokyo, July 2009.

BUT .... (this was all kind of leading up to the good bit) .... I am currently working on editing and compiling some mercifully well-ish recorded me/Mark duo material from my previous visit to Tokyo in 2009. This will hopefully be the next release on YOTW. You can read an excellent recent interview with Mark (conducted by Andrew Scott) on the Emerald Cocoon blog. The self-invented "five foot tall bow instrument" and "aluminium guitar" he mentions are, respectively, what he and I played for our performance at Yellow Vision in Tokyo in September. It went well, despite a mortifyingly awful soundcheck (made all the worse by the knowledge we were about to be sharing a bill with two of my Tokyo psych favourites, Suishou No Fune and Kawaguchi Masami). The aluminium guitar was a blast. There's no real body as such, just a fretless aluminium neck with three strings (closely-tuned, zither style), a long spring strung parallel just below the neck and a hand-wound made-from-scratch pickup. It's a pleasingly crude and simple instrument to play. 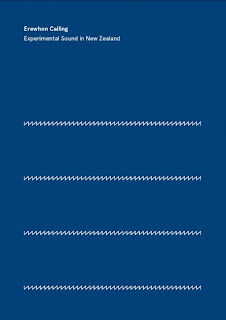 This is probably also a good time to mention Erewhon Calling: Experimental Sound in New Zealand (or simply "The Blue Book" as it is quickly becoming known). This recently published (August 2012) book, which was edited by Bruce Russell in association with Richard Francis and Zoe Drayton of the wonderful Audio Foundation, includes a good overview of the Wine Cellar scene. Stevie Kaye runs you through the who/what/when/where/why in an admirably straight-up fashion. While it has the odd effect of making a scene that was based around 3" CDRs released in editions of 30 and often fairly shambolically-organised gigs in front of small audiences seem like it was HUGE, I'm really glad to see this important phase of the New Zealand underground given some serious attention.

Tea Dust are included in a list of projects coming out of the "breeding ground" of The Wine Cellar but this is kind of misleading. While this is true insofar as Angeline and I met via Wine Cellar associations, I've never lived in Auckland and we didn't play together until we were both living in the UK. The only locations in which Tea Dust has technically existed as a band are London and Witney (West Oxfordshire). In fact, Angeline decided at some point that our 7" was going to be a concept record about our trips to visit Stonehenge ("Driving around/Circles and mounds") and North Leigh Roman Villa in West Oxfordshire ("It's not what I expected/Kinda like the light here"). Pretty far from The Wine Cellar then! 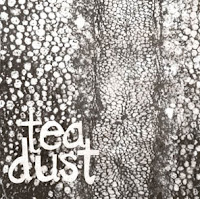 I actually contributed a pagework for Erewhon Calling and you'll find it in there on the very last page. The timeframe was very tight and at the time I was feeling even less like a musician than I usually do so, rather than writing about my own "practice", I decided to put together a list of NZ underground recordings that meant a lot to me when I was getting into this stuff. I won't list everything here but let's just say that I'm not-so-secretly hoping that this list goes all Alan Licht's Minimalist Top Ten and Thurston Moore's Top Ten Free Jazz Underground and we end up with bonus-packed deluxe reissues of Lovely Midget's self-titled 10" and Negative Eh's What The Fuck Is Fahrenheit? Actually, I brought a copy of The Blue Book back from NZ for London-based ex-Negative Eh drummer Dean Brown and his first words upon seeing the list were, "You spelt Fahrenheit wrong".

Oh, one last thing, I released a new solo guitar CDR, From What Place Did You Come?, in August. At the moment you can only get it from me via YOTW. 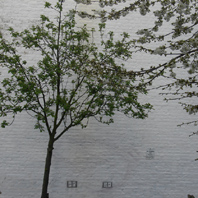